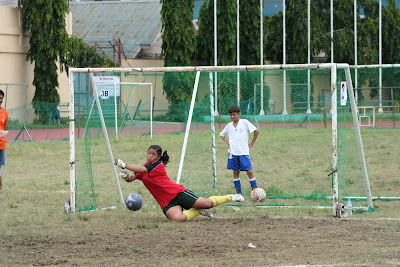 Regulation score: 0-0. SHS-HJ Senior-A and Bright Academy, playing in the Quarter Finals of the 2007 Mizuno Football Festival Aug. 25, 2007 in Cebu City Sports Complex had to go through a penalty shoot-out to break the tie. Above photo: Goalkeeper Julienne Canoy successfully blocking the 1st penalty attempt of Bright. 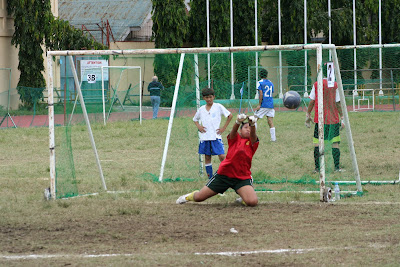 GK Yen-Yen Canoy made another courageous block on the opponent's 2nd penalty attempt. 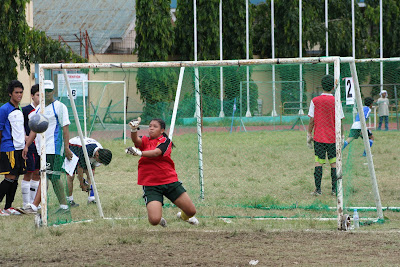 Bright's 3rd and final attempt on the goal was again foiled by GK Julie Canoy. Final score 1-0 in favor of SHS-HJ. The team advanced to the Semi-Final Round.
at 9:17 PM

What may make this machine these an awesome training,
and an effective fat-blaster, is its skill to simply accommodate interval education.

Brochures on online video or enterprise card DVD's have an elevated perceived worthy of in order that they hardly ever get tossed out like junk mail.

The effects will unquestionably blow you absent!

Appropriate anchoring system will help you work out your system properly.

Acquiring a warranty will safeguard your investment and help you save
revenue from prospective repairs.

Hi every one, here every person is sharing these knowledge, therefore it's fastidious to
read this web site, and I used to pay a quick visit this
blog all the time.