CEBU, Philippines - Award-winning Cebuano sportsman Jonathan “Maxi” Maximo has stepped up his effort for the development of cycling in Cebu.


Maximo said he is willing to help the Cebu City Sports Commission (CCSC) in putting cycling in the mainstream of its programs for next year.


During their initial discussion with CCSC officials, the South Road Properties (SRP) is being eyed as cycling hub, particularly at the SRP access road near Pond A beside the creek that passes under the bridge all the way to Sugbu Center.


“This is a very ideal place for cycling for we can have control of the road from vehicles and pedestrians,” said Maximo in a CCSC executive director Brando Velasquez yesterday.


Maximo and his group is set to survey the area within the week.


In light of this, Maximo is requesting the CCSC to coordinate with the SRP management so they could get access of the road all the way to Sugbo Center.


Should everything turn out well, SRP will serve as the main venue for different cycling events in the future as well as training ground for Cebuano cyclists (FREEMAN)
at 10:55 AM No comments:

BOYING Rodriguez: 1) Fred Uytengsu invited Lance Armstrong to the XTERRA—I hope he can make it! Wow! 2) A successful Cobra Ironman Triathlon this August. As of today, 1,200 registered coming from 40 countries! 3) I hope I recover from all the holiday eating and have a decent time in the Cebu Marathon!


Rico Navarro: I pray that the sports industry be united to push Cebu as the country’s sports capital. This covers a lot of ground from: all sports stakeholders to have the same mindset; competent hosting of events; having the most competitive athletes in all events; and having all sports/events/local NSA’s taking a united stand for all their activities.


Al Mendoza: For Pres. Noynoy to chase the masterminds of the illegal loggers that triggered deaths at the height of Sendong’s fury up to the ends of the earth. For the Pacquiao-Mayweather fight not to push through. For me to visit Liverpool, England, the birthplace of The Beatles.


Igi Maximo. To represent Cebu and race for my country in the 2012 Asian Junior Cycling Championships in Malaysia and the World Juniors in Netherlands. To be an example to the youth that being a student-elite athlete is possible. That schools would support cycling and include it in their varsity program.


Graeme Mackinnon: 1) That the AZKALS vs. CF Madrid, DILI KAMO NAG-IISA game at Rizal on Jan. 7 be a success in raising funds for the victims of Sendong. 2) That the 2012 Olympics be controversy-free and be a TV fans paradise. 3) That GLOBAL FC will take out the UFL League in Manila.


Mike Limpag: Another semis stint or two for the Azkals in the Challenge Cup and Suzuki Cup, another slam or two for Maria Sharapova, and I hope to run a couple of 21Ks and my first marathon.


Brian Lim: 1) Sports Tourism in Cebu to grow--emerging sports such as rugby, flag football, airsoft, electronic sports, mixed martial arts, water sports. 2) Get a multipurpose field built - For emerging sports to practice along with traditional sports. 3) To carry out the Great Cebu Sports Festival.. drawing attention to Cebu as a sporting destination.


Jean Henri Lhuillier: Wishing the best for the Philippine Tennis Academy and that these players play to the best of their ability... to the success of the Davis Cup team. Wishing that the Cebuana Gems win the 2nd season of the PBA D-league.


Yong Larrazabal: 1) That Filipinos would love the Philippines even more by stopping illegal logging, illegal poaching of its wildlife and destroying/wasting our natural resources. 2) That Cebu would regain its spot as the no.1 city in terms of quality of life, sports and medical tourism. 3) That only one run be allowed every Sunday in Cebu so as to build a strong camaraderie among runners and not to induce divisiveness.


Noy Jopson: Cobra Ironman 70.3 offering Kona slots again. My wifey Amale improving at least 18 seconds on her 3:46.17 Marathon PR and qualifying for Boston. Our new The Brick Multi-Sport Store at the J Center Mall fulfilling the needs of the Cebu Triathlon community.


Samsam Gullas: Filipino unity. Fighting together, not against each other for one common goal. Everyone will do their part to help out in the recent flooding in Cagayan, Iligan and Dumaguete. Pacquiao fights Floyd and knocks Floyd out. Double championship for UV basketball.


Guy Concepcion: That Lance Armstrong joins the XTERRA Phils. in Liloan. That all participants have a good andsafe race in XTERRA and Ironman 70.3 Phils.


Jack Biantan: Pacquiao vs. Mayweather fight to push through. More success for the Azkals. Gold medal finish for the Phils. in the London Games.


Michael Aldeguer: 1) For all the Filipinos to unite for the good of our country. 2) Philippine Boxing to bring more pride and joy to the Filipinos all over the world. 3) AJ Banal and Milan Melindo to fight for World titles as both are WBO rated No. 1 and No. 2.
(www.pages.ph)
at 6:55 AM No comments: 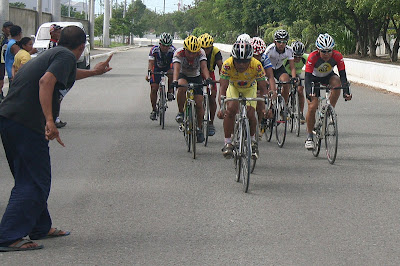 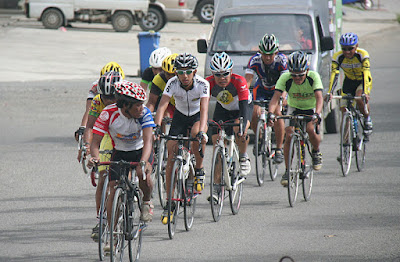 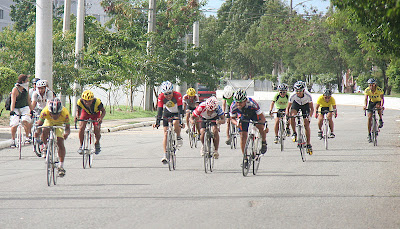 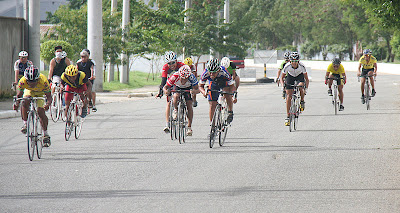 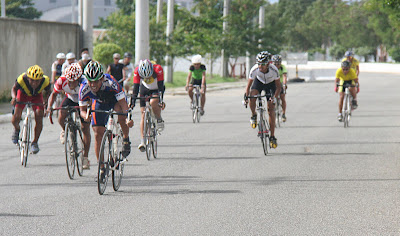 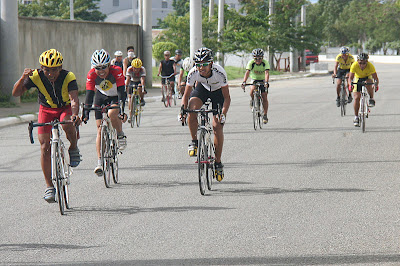 with 16yo junior cyclist Igi Maximo (white, center) finishing in the Top Five.
at 6:11 PM No comments:

Sun Star Cebu.  Aside from running, another sport on the rise in Cebu City is cycling and like running, the boom can’t be attributed to one group or one person. It seems guys and girls just decided to buy their bikes and take up the sport.


And I only have two wishes for cycling—that they don’t go the way of cycling in the Philippines, where politics is so toxic that development has stagnated and I hope the groups can band together to organize the Metro Cebu championships. Let’s set the bar for the others to follow, shall we?... Read more
at 4:01 PM No comments:

Highlights:
-more than 5,000 books
-with 400 crew members (including 6 Filipinos, one of which is a Cebuano) coming from 45 countries

CEBU, Philippines - Organizers of the 10th edition of the Cebu RECYCLE Cycling Series popularly known as the Tour Ni Frank set January 7 and 8 decided to change the route to toughen it.


The reason for the decision is to make it worth the while of those who traveled far just to make it to the event.


The criterium race will still be held at the Mandaue Reclamation Area on January 7.


What has been changed is the second stage on January 8, which was originally announced to be race to the southern part of Cebu.


Organizers said that they would instead start in Toledo City going north to the town of Balamban then east to Cebu City via the Transcentral Highway.


Frank Gatdula, the man behind the event, bared the change to The F .


Registration fee for the event is only P200 and this is only for category B and C cyclists.

Trophies, medals and cash prizes await the top performers of the event.


Riders, who will not make it to the podium, however, still have a chance to bring home something with lots of items to be raffled off courtesy of the sponsors like Atty. Jong Sepulveda, Vellum Cycles, Raldy Vios Construction, OZ Racing, Pocari Sweat, Nagashima, Kia Motors, Habagat, Zyke Shirts, BBC Print, ReCycle, and LUZVIMIN (USA) Racing. – (FREEMAN)
at 8:18 AM No comments: 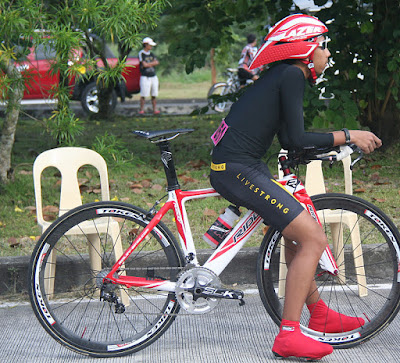 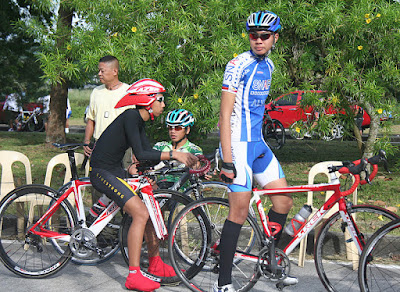 Riders are released with a 30-second interval gap. 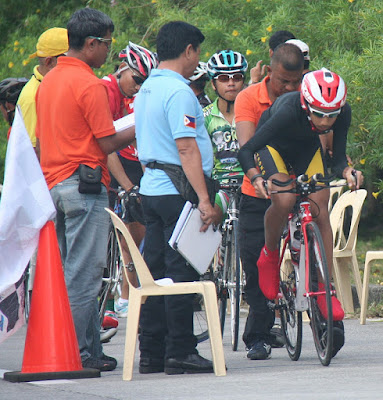 Getting ready to go... 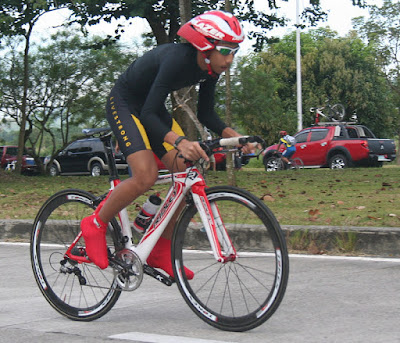 Accelerate to the max! 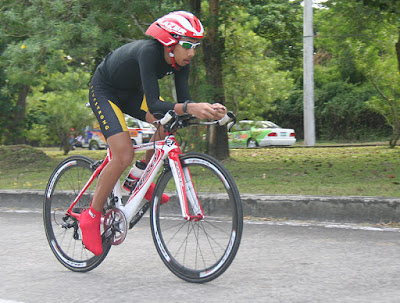 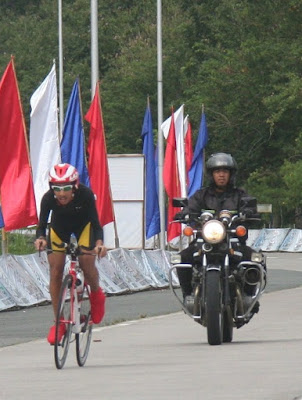 POC MUST GIVE PRIORITY ON DESERVING ATHLETES

PhilStar.  Manila - Philippines.  “I will ask them to take care of certain individual athletes, especially those from the districts they represent,” said Cojuangco.


“I’m appealing to all local officials, if you have a national athlete (in your district) give them credit and support them. We will prioritize the athletes,” the POC chief added... Read more
at 5:24 PM No comments: