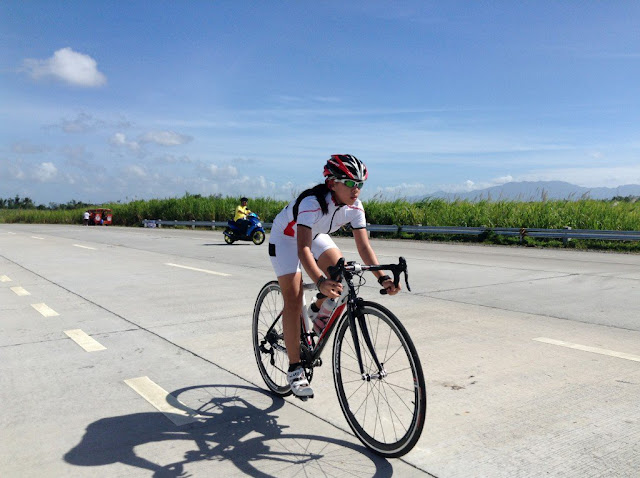 ANA Patricia Maximo showed racing skills beyond her years as she won the gold medal in the road bike event of the 2014 Batang Pinoy National Finals on Thursday in Bacolod City.


The 14-year old stalwart of YKKBikes.com utilized the precious experience that she culled from racing against men more than twice her age in various road races in Cebu, to best the field and finish with a time of 46 minutes and 3.34 seconds. In second place was Maia Yusay of Bacolod City who was more than two minutes behind while Mikaela Putina also of Bacolod completed the podium cast with a time of 50:18.20 minutes.

Maximo utilized her craftiness by staying close to the pack at the start before taking control of the lead five kilometers into the race. Even more impressive was the fact that the 8th grader from Sacred Heart School-Hijas de Cebu fell behind early in the race after her bike’s chain derailed and she fell on the road.

“My knee hurt when I fell. Good thing it was not that serious and I was able to get back to the race,” Maximo said.

“When I made my breakaway, I was surprised that the others did not follow so I just continued my effort to cross the finish line first,” said the 2013 Phil National Games (PNG) Track Cycling double medalist.
at 2:13 AM