The Uling Classic Road Race, organized by Ome Rodriguez of Cebu Cycling, is a two-stage road cyling event held in the Queen City of the South. Stage 1 is the 10-lap Criterium Race around the SRP Lantaw in Cebu City. Shown below is the Men 40 & Above Category race: 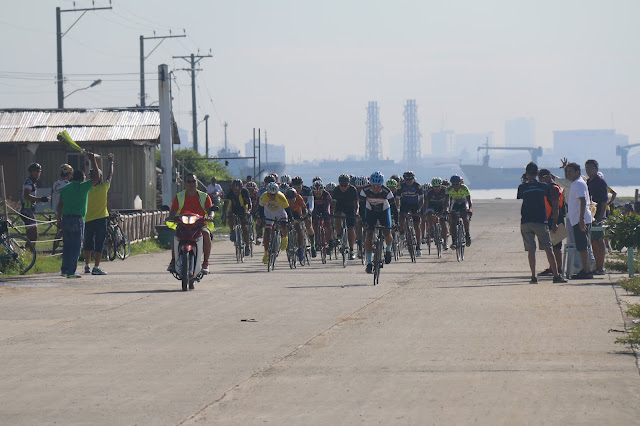 Right at flag-off, the cyclists, initiated by Art Lambo, attacked the field. 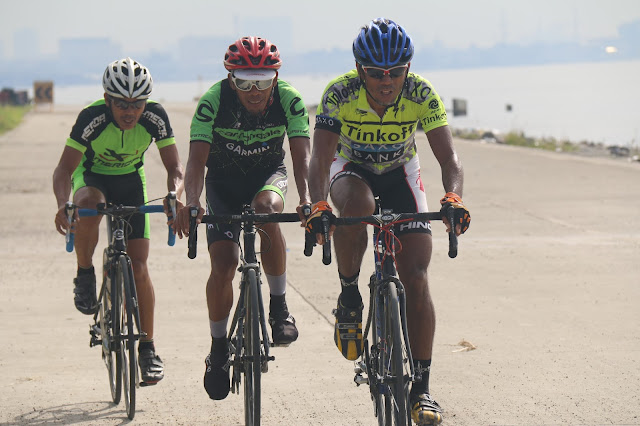 A 3-man breakaway was formed in the early part of the race. 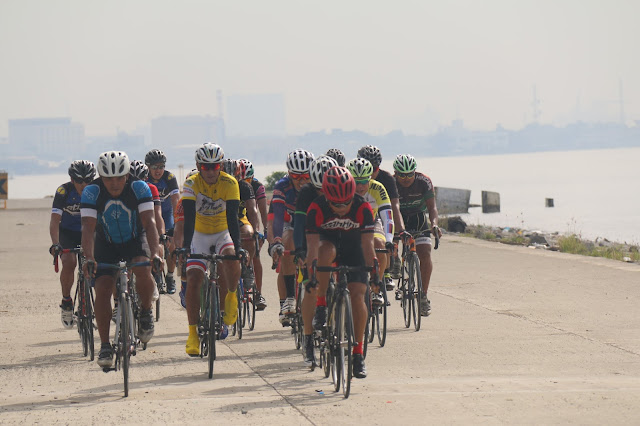 The main peloton was composed and just let the break get away. 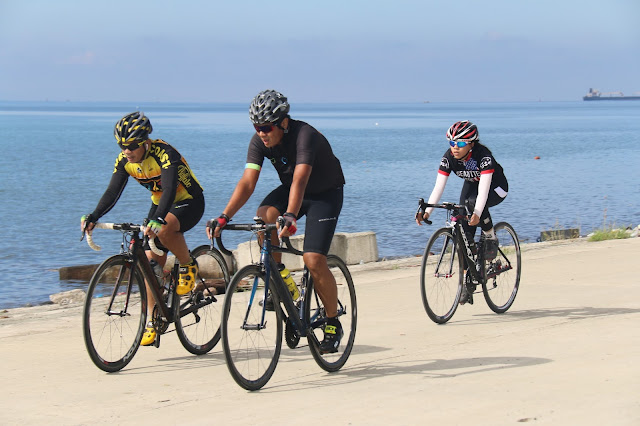 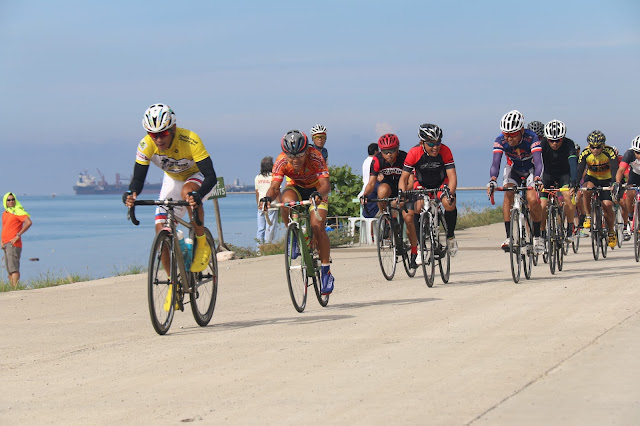 Philip Sainz of Ormoc City (left) attempts to chase the breakaway with Boy Pagnanawon (2nd left) reacting to the move. 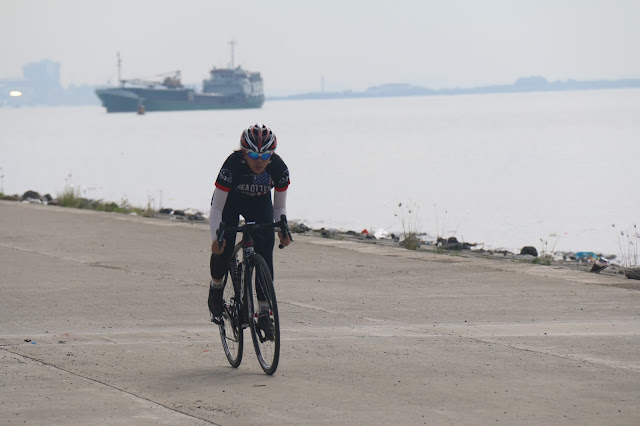 Ica Maximo, with her trusted Token T38 tubular wheels, stood up to give a chase too. 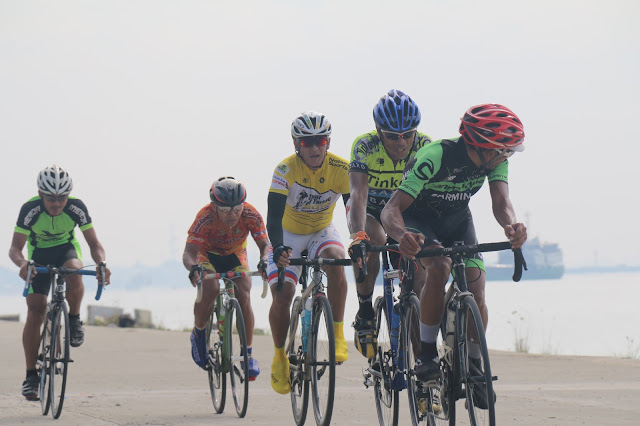 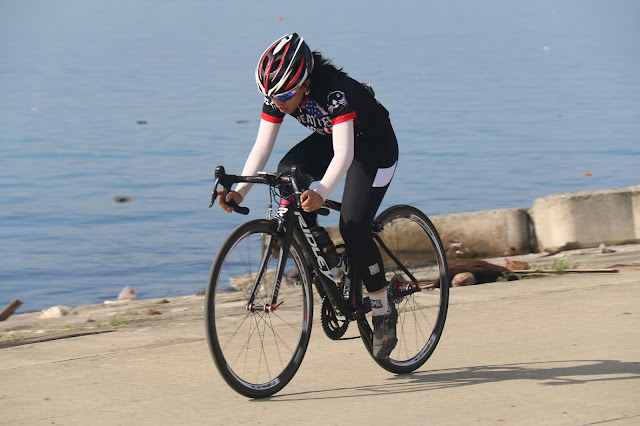 Icamax, riding a Ridley Liz bike and without let up, continues to chase the peloton. 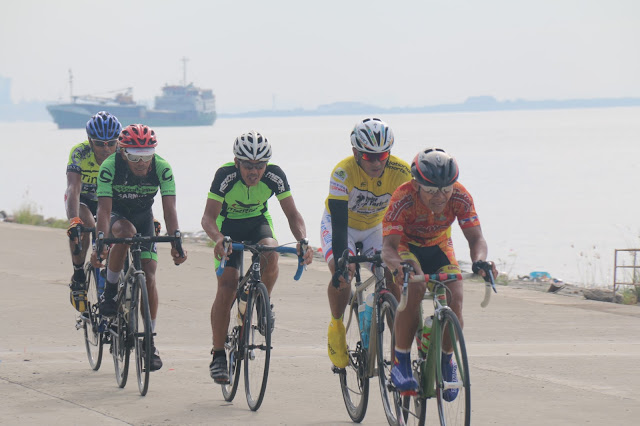