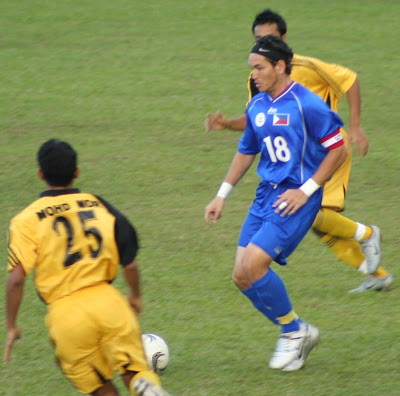 Team Capt. Aly Borromeo of the Phils going past the Malaysian defenders in the Phils vs Malaysia game during the 2005 SEA Games in Bacolod City, Phils. Photo/PaBolFC.com 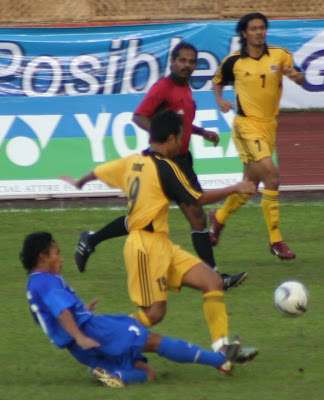 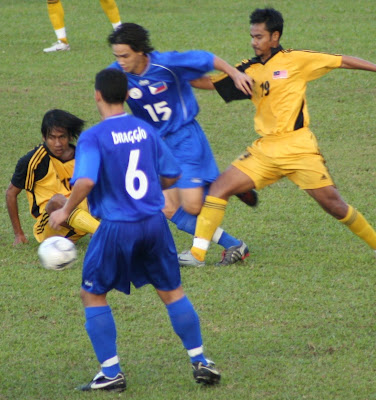 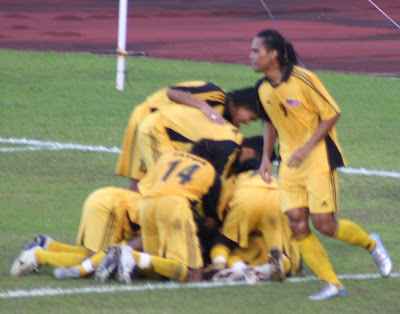 Malaysian players celebrate their first goal in the first half of the game. Malaysia (1), Phils (0). Photo/PaBolFC.com 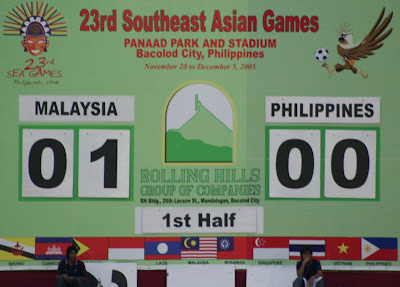 Scoreboard shows it all. It wont be long, the number on the right will change too...
at 9:15 PM