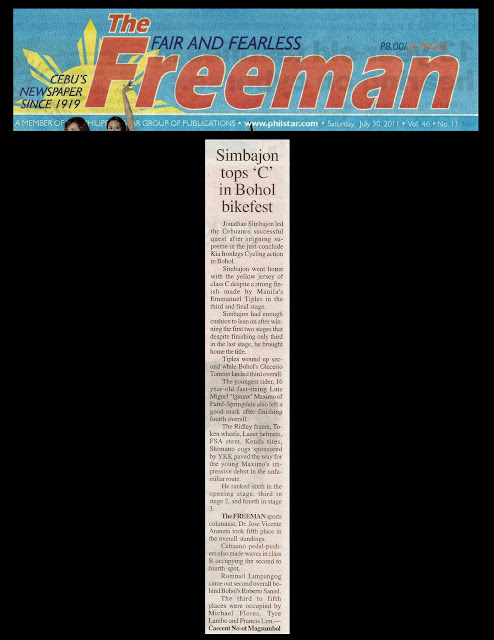 
Simbajon went home with the yellow jersey of class C despite a strong finish made by Manila's Emmanuel Tiples in the third and final stage.


Simbajon had enough cushion to lean on after winning the first two stages that despite finishing only third in the last stage, he brought home the title.


He ranked sixth in the opening stage, third in stage 2, and fourth in stage 3.

Rommel Limpangog came out second overall behind Bohol's Roberto Saniel.
The third to fifth places were occupied by Michael Flores, Tyre Lambo and Francis Lim. (FREEMAN)
at 6:16 AM