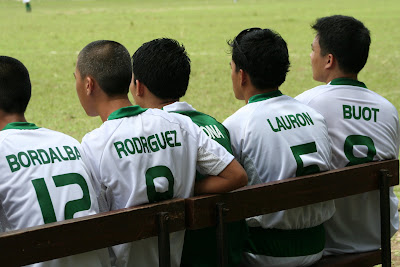 Above photo was taken during the October 4, 2008 UV vs USJ-R 0-0 drawn game during the Elimination round. In its semi-final game against USC, Melvin Lauron (UV #5, 2nd from right) was fielded and made a huge contribution, scoring the lonesome goal that catapulted UV into the Championship round. Will Lauron be one of the starters in its November 22 championship game vs USJ-R?
at 7:30 AM