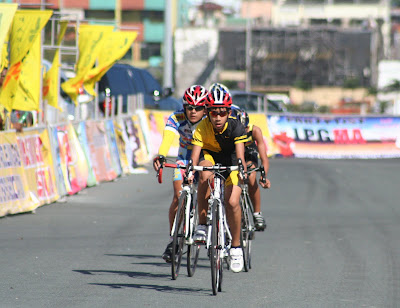 PEDAL TO THE MAX.  Iggy Maximo leads the breakaway in the final stretch to win the junior division of the Philippine Premiere Cycling League.  (Sun Star Newspaper Feb 2, 2010 Tuesday issue)
The 14-year-old Maximo, who joined the Tour ni Frank and the criterium races at the Mandaue Reclamation Area, defeated Allen Santiago for the title, while Joel Famacion and Kenneth Balunsay finished third and fourth, respectively.
Igi is the son of former Cebu Football Association president Jonathan Maximo.
He finished the 13-kilometer route in 21 minutes and 41.67 seconds.
His father said they were not expecting to win since their goal of joining the race was just to gain experience.
However, Igi managed to stay with Santiago whenever he tried to break away and the Cebuano managed to hold a break away of his own in the final stretch.
“The win was just a bonus. He (Igi) met new friends. RP Junior team member John Mier was there to give tips. Ex-RP champ Rolando Pagnanawaon, another Cebuano, was there too. Cebu team spirit was really there,” Maximo said in a text message to Sun.Star Cebu. 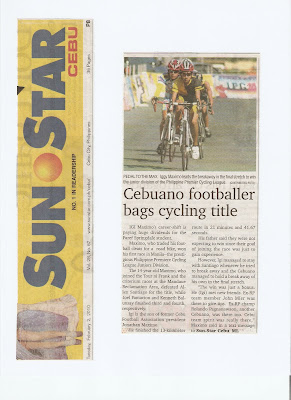 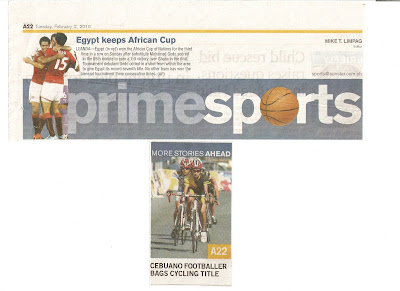